The Malayan tapirs at Zoo Negara in Taman Melawati and their progeny have found a new friend in OCBC Al-Amin Bank Berhad (OCBC Al-Amin), which recently contributed RM40,000 over a two-year period toward conserving the endangered species. 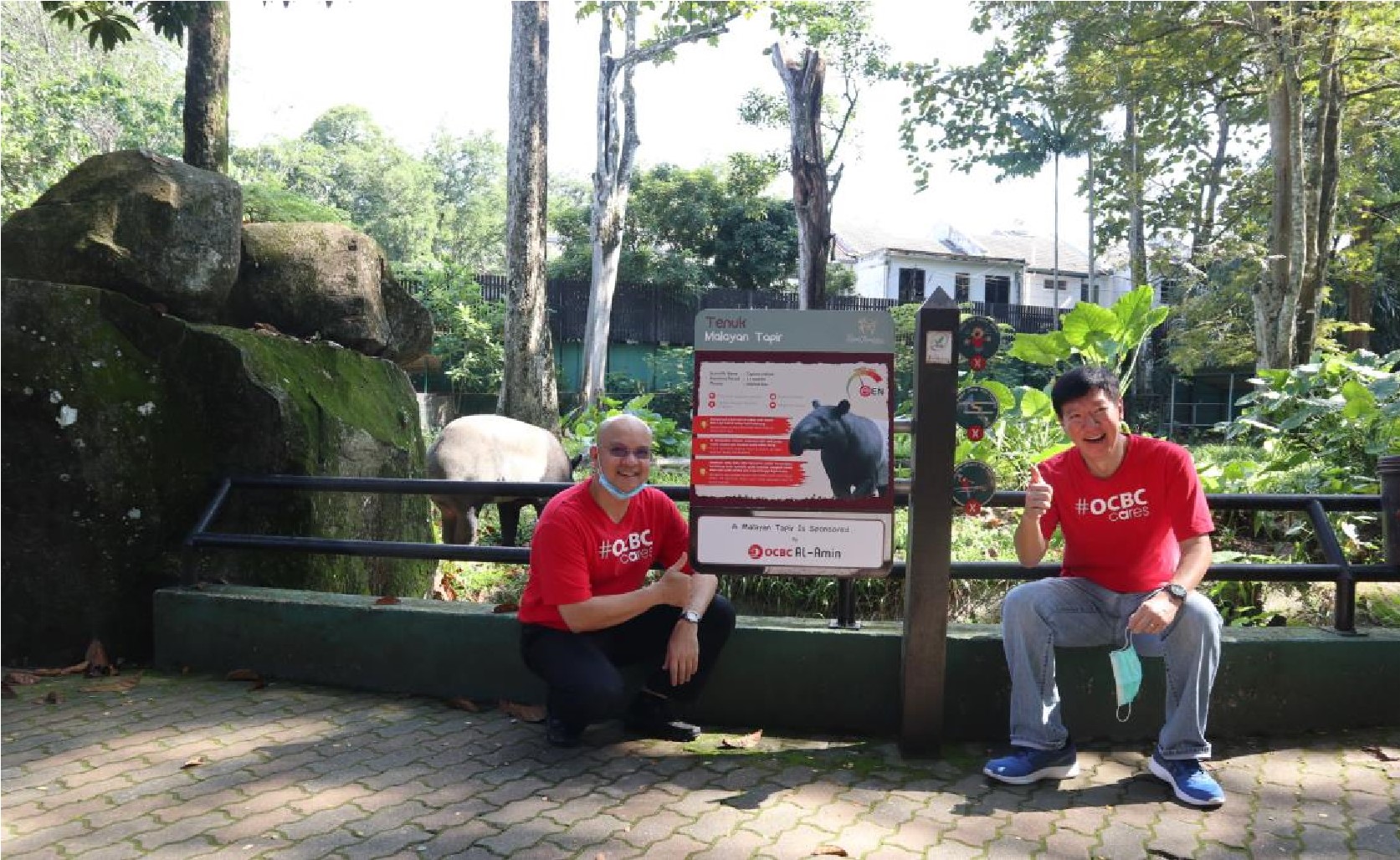 The funds, which are a combination of contributions from both the Bank and the CEOs of both OCBC Bank and OCBC Al-Amin, will be used for maintaining the Malayan tapirs’ annual food provision, enrichment and veterinary care. Speaking at a brief ceremony to mark the sponsorship, OCBC Al-Amin Chief Executive Officer Tuan Syed Abdull Aziz Syed Kechik said OCBC Malaysia has been involved in sustainability and conservation efforts for several years now, but mainly in the area of flora rather than fauna.

“This is our first venture into animal-related conservation and we are pleased to be able to partner with Zoo Negara Malaysia to ensure their Malayan tapirs remain well and that they are able to generate more offspring that can then be released into other conservation centres and ultimately into the wild.

“As bankers we have become even more keenly aware of the need for sustainable practices at all levels. While much of our effort goes into ensuring sustainable banking practices, including Value Based Intermediation (VBI), we are mindful of the need to keep looking out at the wider world as well to ensure nature is always operating in harmony with the rest of life.

“OCBC Al-Amin will continue to strive to be more involved in the localities in which we operate and to become even more engaged in the community, going beyond simply providing superior banking products and services to meeting the needs of the environment as well,” he said.

According to Zoo Negara Malaysia Deputy President Encik Rosly@Rahmat Ahmat Lana, the Malayan tapir is classified as an endangered species by the International Union for Conservation of Nature (IUCN) Red List of Threatened Species, which means the population trend of the Malayan tapir is decreasing in the wild and facing a high risk of extinction. Also known as the Asian or Malay tapir, these largest of the world's tapirs are threatened by hunting and forest fragmentation in this region. Despite that, the Malayan tapir population in Malaysia and Southern Thailand are considered the most resilient and stable.

“Zoo Negara Malaysia is more than just home to hundreds of animal species; it is also a conservation centre for endangered and vulnerable wildlife. We take part in conservation efforts to improve and preserve any vulnerable species of wildlife. Zoological parks play an important role in preserving biodiversity, on top of educating the general public about these threatened species.

“Corporate partnership and sponsorship opportunities involving likeminded businesses are vital to our ongoing growth and sustenance, leveraging from high level brand exposure and PR opportunities via the Zoo's broad reach into the community. We are truly grateful to OCBC AlAmin for this much-needed sponsorship. This will go a long way toward assisting us in our Malayan tapir conservation efforts,” he said.