Rotary Clubs from Malaysia, Hong Kong and Japan recently collaborated with OCBC Bank (Malaysia) Berhad’s Bukit Damansara and Petaling Jaya branches to take 31 terminally ill children on a ride of a lifetime during a three-day fun trip to the A-Famosa Resort Melaka.

Rotary Club of Malaysia was represented by its Petaling Jaya and Tampin chapters, while Hong Kong and Japan saw participation from the Hong Kong Island West and Ichihara chapters respectively.

Among the highlights of the programme was a helicopter ride which had the kids thrilled to bits and asking for more. As one child put it, “The experience of feeling the wind all around me while seeing things become so small below us was amazing.” The children – 11 were from Hospital UKM, 10 from Universiti Malaya Medical Centre and another 10 from Hospital KL – also enjoyed the offerings at the Night Safari and Theme Park accompanied by their parents, nurses and volunteers from both Rotary Clubs and OCBC Bank.

The all-expenses-paid trip was made possible through contributions from the four Rotary Clubs and OCBC Bank which, as the Main Sponsor, contributed RM15,000. On its part, A-Famosa Resort Melaka kept the venue costs to a minimum.

According to Rotary Club of Petaling Jaya President Ms Olivia Lim, the initiative was part of Rotary Club’s annual Golden Child Project which aims to bring groups of terminally ill children out for a memorable holiday. This has been a major project of the Club for the past more than 20 years.

“As time is very precious for these children, we are trying to make every day count for them and, this year, we decided to provide the 31 kids with an experience we knew they would cherish. These are brave children who know how to make the best of everything and we are so pleased to have been able to put together this programme for them. The welfare of the young and new generation has always been a high priority for us,” she said. 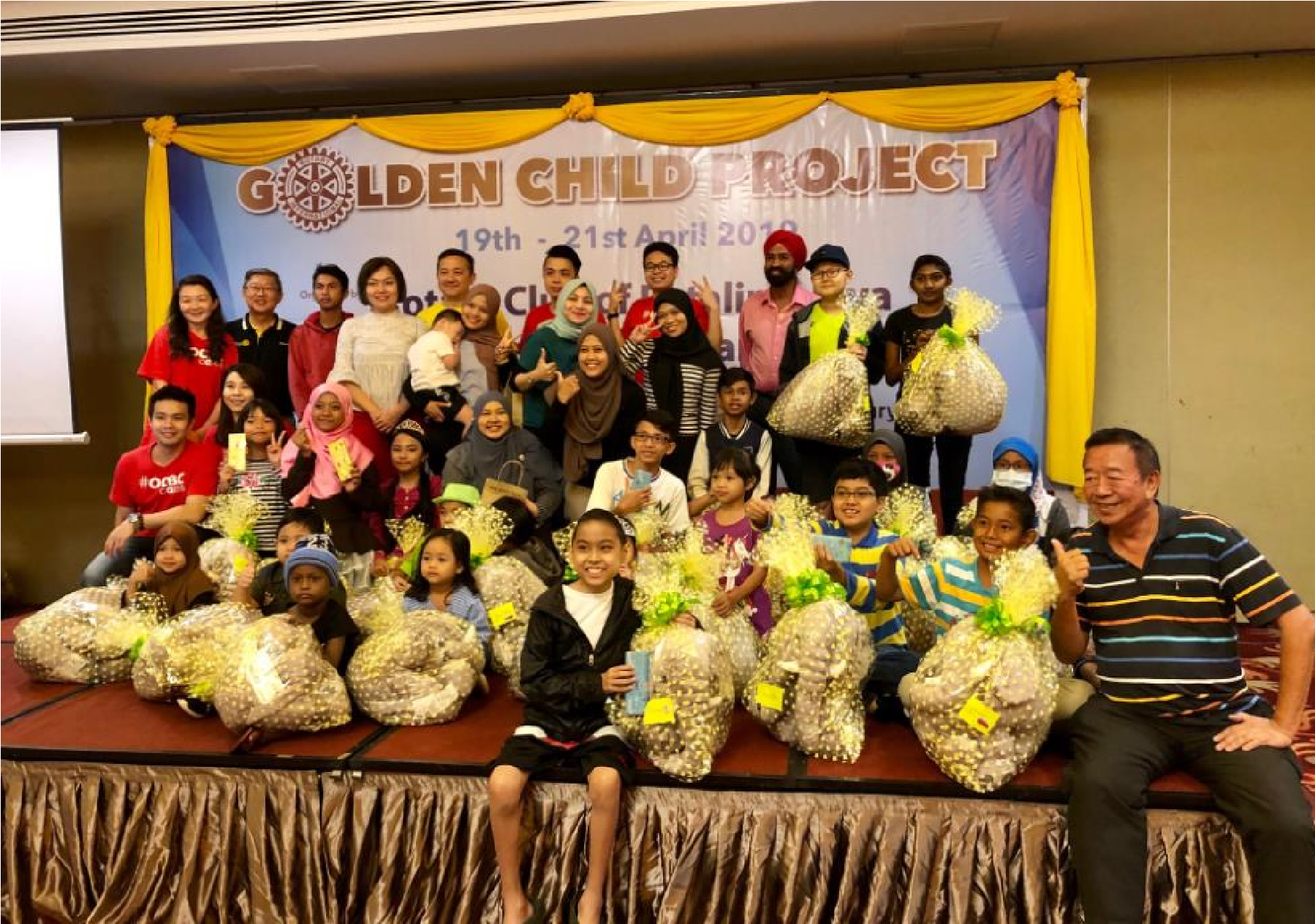 One for the album – Rotary Club members, OCBC staff together with the children and parents who had an amazing holiday at A’Famosa Resort.

Ms Lim also acknowledged with gratitude OCBC Bank's partnership, saying they were looking forward to future collaborations with them in order to ensure that terminally ill children will continue to receive the best they can get.

“We are also thrilled to have had regional support for this programme, from as far as Hong Kong and Japan. These fellow Rotarians were quick to see the value of the initiative despite being thousands of miles away, and wasted no time to become a part of it,” she added.

Speaking on behalf of OCBC Bank its Petaling Jaya branch Senior Manager Ms Carmen Sim Pei Chi said the Bank continues to strive to be more involved in the localities in which it operates and to become even more engaged in the community, going beyond simply providing superior banking products and services to meeting the social needs of the people as well.

“This is our second year partnering with Rotary Club of Petaling Jaya – and the first with the extended regional Rotary Club family from as far as Japan and Hong Kong – and it has been an amazing experience for us. When Olivia suggested we embark on this initiative this year, we knew immediately what a meaningful undertaking it would be.

“We were grateful for the privilege to share the time with these very special children and to learn from them as well. They are to be saluted and commended beyond words for their positive spirit and tenacity. We will always remember these three days as a time when we understood much better what it means to get our priorities right,” she said.