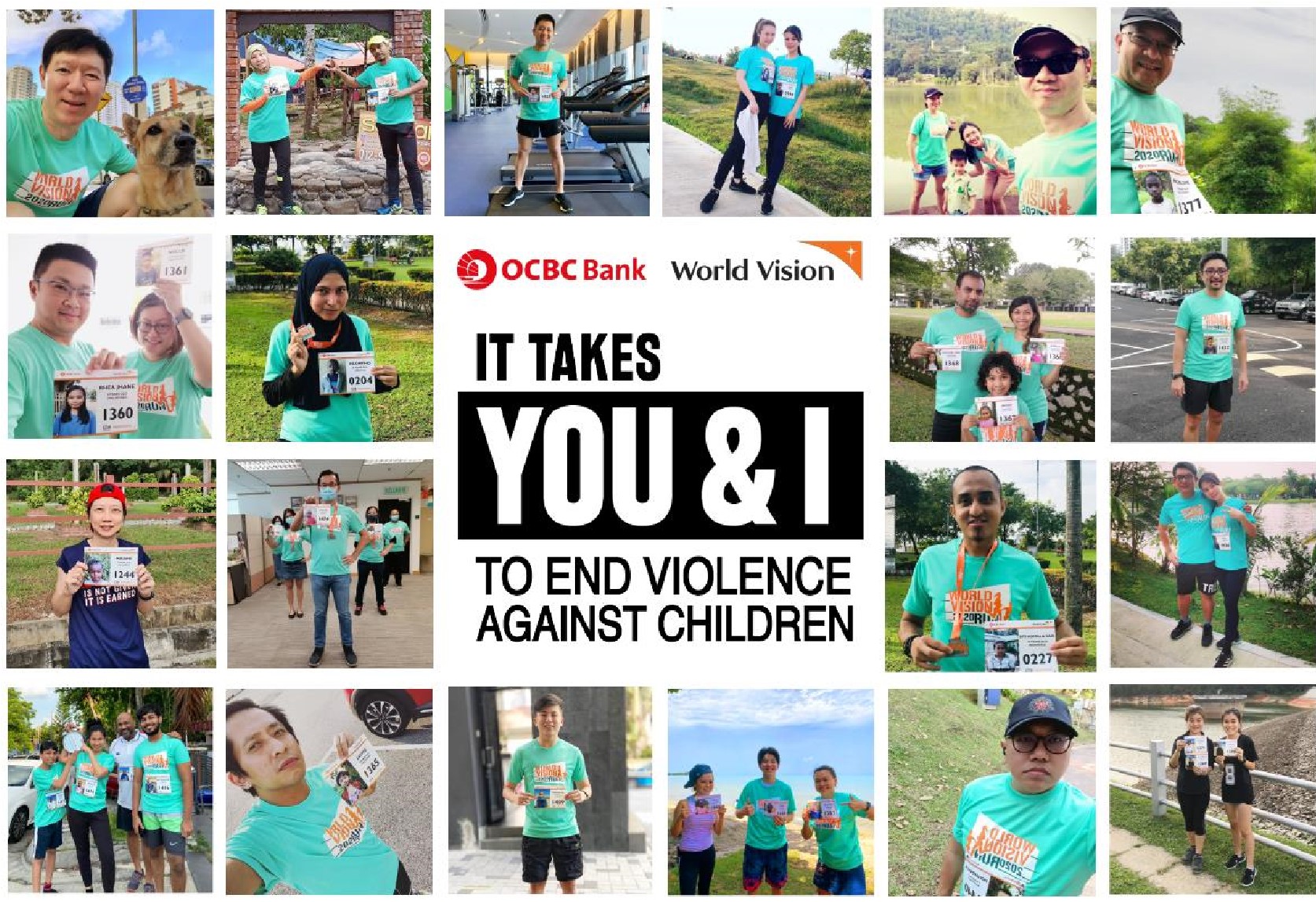 This is the fourth consecutive year OCBC Bank is collaborating with World Vision.

In view of the current Recovery Movement Control Order (RMCO) period, the 190 staff and their family members – and the other donors – “moved virtually” for 42 minutes by running, cycling, jogging or walking wherever they were.

The World Vision’s #RunForChildren is a 42 minutes virtual run where participants run for the child on their runner’s bib. The initiative was aimed at raising awareness about a child’s 42 rights under the United Nations Convention on the Rights of the Child (UNCRC), premised on every child’s right to grow and thrive in a safe environment, free from violence and harm.

According to OCBC Bank Chief Executive Officer Dato’ Ong Eng Bin, the fourth edition of their partnership with World Vision needed to be tweaked creatively in light of Covid-19 and the RMCO.

“The original plan was for everyone to converge at the usual starting line of the twice-monthly OCBC KL Car Free Morning, which we have been sponsoring for the past years. But that was clearly not possible. Yet the situation was not going to stop us, thus the decision to go virtual. That a total of 1,700 including 190 of our own staff participated is testament to the generous heart among so many in our midst. It was, of course, good exercise for many of us too,” said Dato’ Ong who chose to take a 42minute walk with his dog at the appointed time.

World Vision Malaysia CEO Mr Daniel Boey said the organisation was grateful for the partnership with OCBC Bank and thanked the many people for their generous support.

“Every child has the right to grow and thrive in a safe environment, free from violence and harm. World Vision Malaysia appreciates the commitment by OCBC leadership and staff in going the distance for child rights. Together, each of us can make a real difference in a child’s life!” he said.

OCBC Malaysia staff were actively involved in the humanitarian organisation’s campaign last year – "It Takes You and I to End Violence Against Children" – aimed at igniting a movement to keep children safe from violence and harm. The efforts included the #RunForChildren held at the OCBC KL Car Free Morning and World Vision’s longer-term child sponsorship programme.